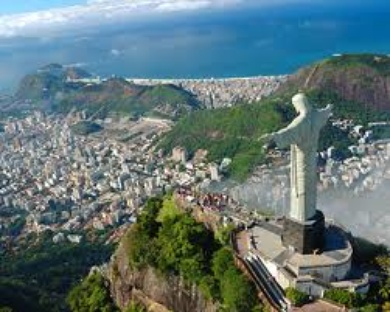 Some 3,000 to 4,000 international participants are expected at this crucial event for ICOM, for its members and for the international museum community. It provides a platform for museum professionals from different regions and cultures to share and exchange on their expertise and experience.

The theme of the General Conference is: Museums (memory + creativity = social change). Find more about the theme, registration, accommodation and the program on the conference site: ICOM RIO 2013

The General Conference will take place in the building: Cidade das Artes. The Cidade das Artes (City of Arts) is a cultural complex located in Barra da Tijuca in the Southwest Zone of Rio de Janeiro, Brasil, which was originally planned to open in 2004. The formal inauguration is now anticipated for January of 2013, with the musical, “Rock in Rio”. The project’s R$515 million (approx. US$250 million) to the city of Rio caused much controversy was originally budgeted at R$86 million.

As the new home of the Orquestra Sinfônica Brasileira (Brasilian Symphony Orchestra) and a main center for music, the Cidade das Artes will be the largest modern concert hall in South America, with 1,780 seats. The complex spans approximately 90 thousand square metres and also features a chamber music hall, three theatres and 12 rehearsal rooms. From the terrace there is a panoramic view of the region, from Barra’s borught.

The building was designed by the French architect Christian de Portzamparc, who won the Pritzker Architecture Prize in 1994. The construction was funded by the city of Rio de Janeiro.

Most of museum design practice and current performance expectations draw upon experience and modes of working atuned to temperate or cool climates. Translating these to projects in the tropics can be challenging and costly, placing burdens on institutions that may prove unachievable within the technical and financial resources available. Using museums in Rio as case studies, this conference will explore the ways in which museums in the tropics are designed to meet environmental and other performance targets. Through evaluation of sample projects and experience, the conference will examine what methods can be adopted and explore their sustainability.

The conference will be held over three and half days. The initial half day will set the scene, looking at the history of museums in Brasil and drawing comparisons with other countries in the tropics. Day Two will be held in the Conference Centre, where the focus will be placed on measures to meet internationally adopted guidelines, especially with respect to environmental design. This will be contrasted on the Day Three, to be held in the Conference Centre and at the Casa de Rui Barbosa, where low tech options will be explored as alternative strategies for museum buildings. The final Day Four will be held in the Moreira Salles Foundation and will an opportunity to compare strategies and ask fundamental questions about what is appropriate and sustainable when working in the tropics.

The value of this conference will be enhanced by the breadth of contributors and it is hoped to attract participants from throughout the world. There will be opportunities for participants to make brief presentations to encourage exchange of personal experience and also substantial discussion periods during which material can be reviewed. It is the intention of the organisers to assemble formal contributions and report discussions on ICAMT’s website to form a long term resource for those working in this field. 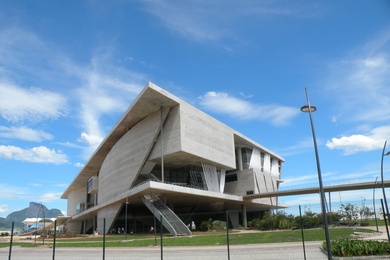 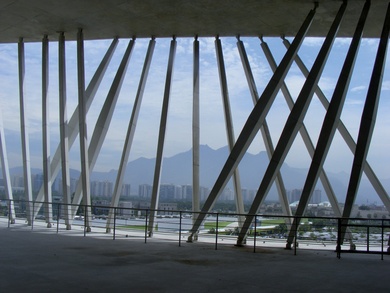 Meeting ‘International’ guidelines in museums in the Tropics,  the implications for  collections management, stabilization of environments, lighting and security
ALESSANDRA LABATE ROSSO

The Russian of exposition museum design and designers
MARIA MAYSTROVSKAYA 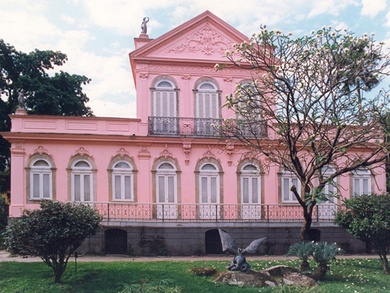 A renowned politician, diplomat, and jurist, Rui Barbosa de Oliveira (1849–1923) helped shape 19th and early 20th Brazilian politics, notably in the adoption of direct elections and the abolition of slavery. He made his mark internationally during the 1907 Peace Conference at The Hague, where he argued that all countries should be treated equally. He twice contested the Brazilian presidency – in 1910 and 1919 – but lost on both occasions. Barbosa was also a great essayist and was one of the founders of the Brazilian Academy of Letters. He later became its second president. He was eventually elected as a judge to the International Court of Justice at The Hague. The 1850 building that houses the Rui Barbosa Museum was the statesman’s home from 1895 until his death in 1923. When it opened to the public in 1930, it was the first private residence in Brazil to be turned into a museum.

The museum showcases a collection of Barbosa’s personal possessions, such as furniture and art, and a library, containing 200 of his own works and has recently been the subject of a major study on the optimisation of internal environment and the integration of services. This provides the first of the Conference’s local case studies. 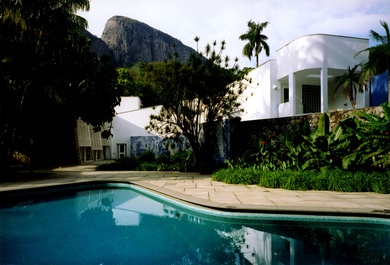 The Instituto Moreira Salles is a non-profit organization founded by Walter Moreira Salles (1912–2001) in 1990 and managed by the Moreira Salles family. Its goal is to promote the development of cultural projects in five main areas: photography, literature, libraries, visual arts and Brazilian music. Part of its photographic, literary, and musical database is available through its website. It has cultural centers around Brazil (Rio de Janeiro, São Paulo, Poços de Caldas and Belo Horizonte), and four galleries (São Paulo, Rio de Janeiro, Curitiba e Porto Alegre).

The Institute’s home in Rio houses a variety of functions based around the former Moreira Salles house, which as been converted into an series of exhibition galleries, and auditorium. Adjacent to this, the Institute has built further galleries and archives designed to me international museum standards thereby permitting participation in loan exhibition of mostly 20th century and contemporary art. The challenges faced in designing and maintaining buildings to meet these standards will be focus of the second of the Conference’s local case studies.

The most famous Brazilian architect is Oscar Niemeyer, he passed away last year. A museum designed by his hands is build in Rio, an iconic building on breathtaking location.

The MAC-Niterói project reveals the daring of an experienced artist, responsible for a production that presents a very personal reading of the precepts of rationalist architecture lecorbusiana matrix.

In the 80s, the democratic regime was recovered in Brazil and Oscar Niemeyer returned to Brazil. He found a different country than it was when he was summoned to design Brasilia, a country whose population is spread in the peripheries of cities.

In the works of this period Niemeyer continues to work with types already explored, winding slabs, domes, arches and platforms, in short, the vocabulary of curved universe.

Located at the top of Mirante da Boa Viagem (Boa Viagem viewpoint) on Avenida Almirante Benjamin Sodré of the city of Niteroi, enjoying a splendid view of Sugar Loaf and Corcovado, as the city of Niteroi is opposite Guanabara Bay in Rio de Janeiro, Brazil, accessed via an impressive bridge or ferry. 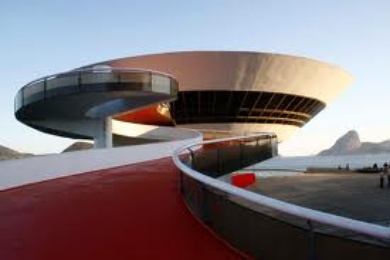 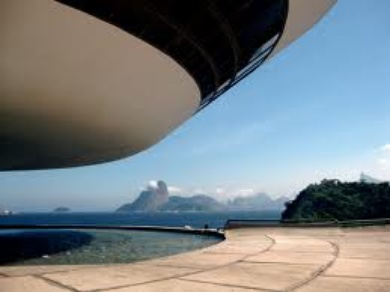 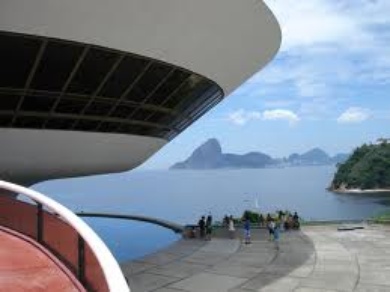 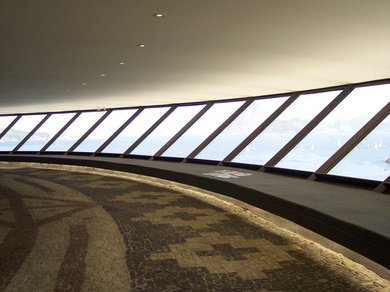 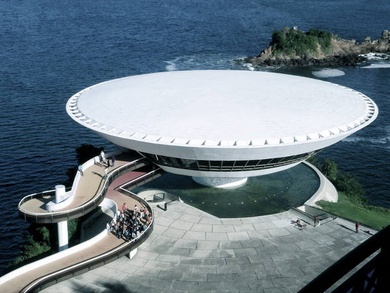