This year the conference was held in Madrid.

The general idea of the ICAMT conferences is learning from experiences of museum projects, and feeding this back to fellow professionals in the museum field. The dates of the conference are planned: 25-27 October 2012. The theme of the Madrid 2012 conference is: 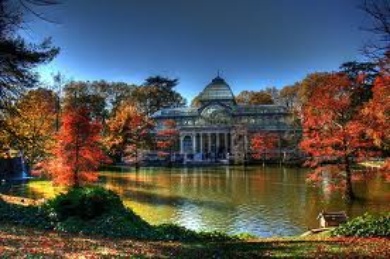 We will have meetings in the three following museums:
Museo di San Isidro, this museum is about the History of Madrid
CA2M, Centro de Arte Dos de Mayo, an art Centre that keeps the collection of the Madrid Region
Museo Arqueológico Nacional, this is the National Archelogical Museum

The three museums hosting the Conference have been selected to reflect the varying challenges faced today in major museum projects in Spain and to present a cross-section of municipal and national institutions. Our aim is to engage with staff and consultants involved in substantial building and refurbishment projects in each of the museums and to share, examine and learn from the experience generated. As their work has increasingly been influenced by the financial crisis of the past few years the Conference’s focus will be on delivery of value, especially where resources are under pressure or are reduced. Two of the three host museums in are significant historical buildings, where refurbishment is nearly or has been recently completed whilst the third is in a new building, allowing us to make further comparisons between project requirements and outcomes. This closely follows the themes of ICAMT’s recent conference and Committee’s mission to improve the dissemination of experience in building projects. 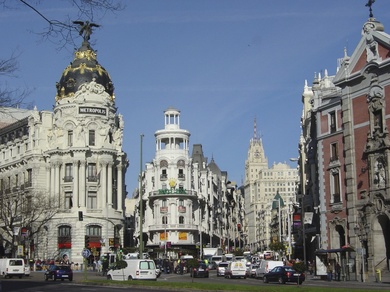 In Madrid we will see a variety of museums with different backgrounds and status to reflect the range of projects and conditions that are experienced in Spain. The museums which are also very interesting to visit:

Museo del Prado, new extensión by Rafael Moneo
Museo Reina Sofia, new extensión by Jean Nouvel
CaixaForum Madrid, design Herzog & de Meuron
La Casa Encendida, a modern cultural centre that works very well and it is oriented towards new media exhibitions, environment and education
Museo Thyssen – Bornemisza, designed by the team of architects Manuel Baquero, Robert Brufau and the BOPBAA Studio
La Casa Mágica, this exhibition, sports and conference center is designed by Dominique Perrault
Museo Arqueologico Nacional in Madrid is under renovations but they have a guided tour to visit “the museum in the making”

From Madrid as a base point, there could be a visit to see some highlights not to far:
Caja Granada Museum in Granada
Archbishop Museum in Zaragoza (Museo Diocesano) opened in 2011  www.mudiz.net
Underwater Archaeology Museum in Cartagena (3 hours trainride from Madrid to Cartagena) 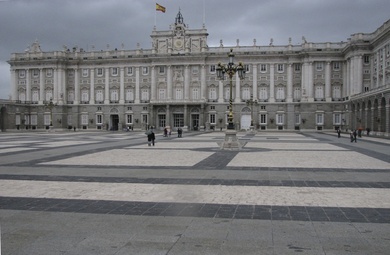 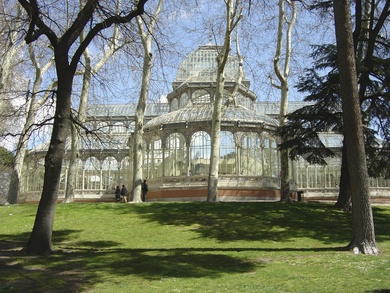 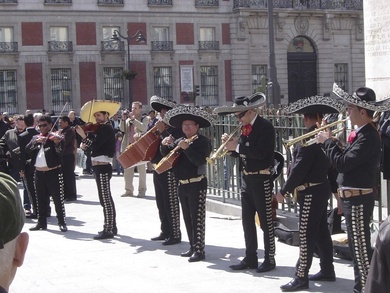 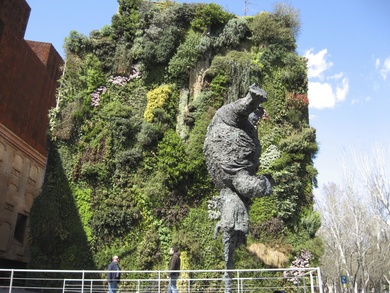 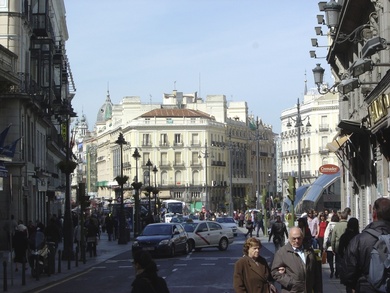 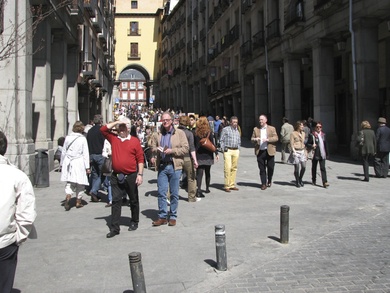 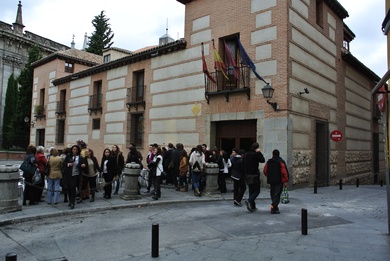 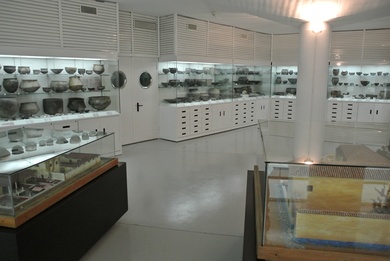 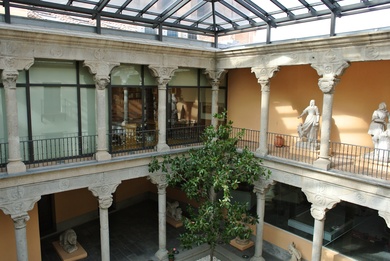 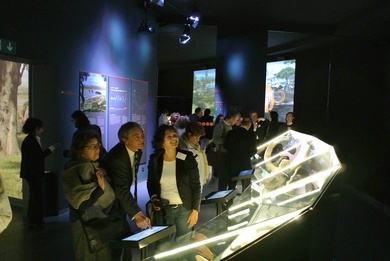 “The place defines everything we do”
The journey from Madrid’s city center to the suburb Mostoles takes half an hour. Surrounded by restaurants and clothing stores on the main street, the glass facades of art museum Centro Arte Dos de Mayo (CA2M) emerge in stark contrast to the surrounding shops and housing blocks. The museum was opened in 2008 to house the Madrid region’s collection of contemporary art. It was named after the date on which it was opened – May 2. 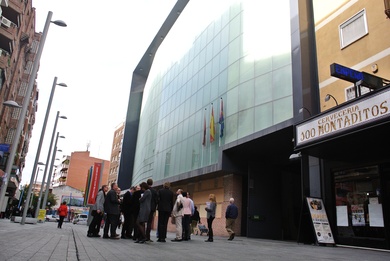 With only 1500 works in the collections, CA2M is a small museum, but the only proper contemporary art museum in the whole of Madrid – EU region’s third largest city, according to museum manager Ferran Barrenblitt.
– We have the only door in the whole of Madrid that you can open to be met by only contemporary art!
Cultural operations have been hit hard in a country where the government has pledged to save 65 billion euros over three years.
– What we see in Spain right now is not a crisis, it´s the future, says Ferran Barrenblitt. But so far CA2M has been spared from economic difficulties. Perhaps mainly because it is quite small and comparatively inexpensive in operation.
–We are an affordable museum, it saves us now! 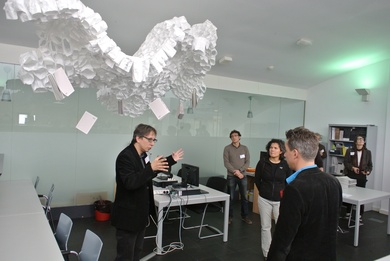 The museum´s location in Mostoles was no coincidence – before its inauguration, the suburb of 230 000 inhabitants lacked cultural infrastructure. In the 1960’s only 4,000 inhabitants resided in Mostoles. At that time guest workers from countries such as Italy started to arrive. The population increased rapidly and nowadays people from all over the world lives in Mostoles.
A consequence of the opening was also that the Mostoles main street was turned into a car-free pedestrian zone.
– We are ultra-local, says Ferran Barrenblitt with reference to the museum visitor figures: 86,000 visitors in 2011, of which 60 percent comes from the surroundings.
– The place defines everything we do, how we interact with the audience and how we organize our exhibitions! 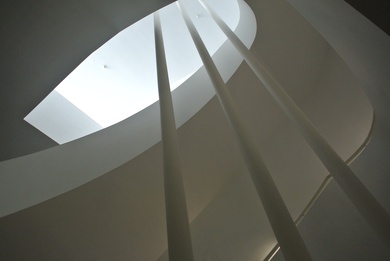 The occasional tourist finds its way here from the Madrid city center, but those are the ones really interested in contemporary art. At the same time, Barrenblitt stresses that CA2M is not about Mostoles as such:
– We are a sophisticated, internationall art institution!
Something that separates CA2M from many other art institutions, are the resources spent on its programming. Again, the focus is on the residents in the area: school children, families and younth. The museum’s collection is often the starting point for the educational programs. Using the collection is important, says Ferran Barrenblitt, not least to make it clear for the participants what a collection is and why it has been set up. But the starting point is always that program activities are an independent activity, not a support structure for the exhibitions.
Every year one or more artists are assigned to work closely with pupils from the schools of Mostoles. Activities take place in the classroom as well as on the museum premises. These may consist of anything from producing radio plays to exploring the interactions in the classroom through a workshop in nail polishing.
The queue to partcipate in the museum´s design workshops is usually long. Professionall designers are invited to work with participants to solve a design problem. The jagged and playful décor of the museum´s educational space came about during such a workshop.
– People who come into that room usually understand something about us and how we work! 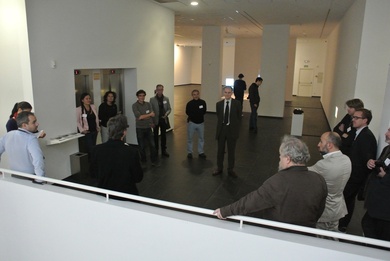 At the site chosen for the new museum, a building from the 1800s was already present. This was declared of historical significance and could not be demolished. The solution was to incorporate the old structure in the new one. However, the building could not endure the stress imposed during construction and was, in the end, teared down anyway. Its presence is still pronounced in the new building in the shape of a simple plywood structure as well as an indication of the old gable in the otherwise very contemporary museum façade. The centre of the building consists of a big open space with galleries and balconies on the sides. This, in adjunction with the bulding´s large expanse of glass facing the street, has proved an obstacle toward the museum’s activities. There is a lack of walls to post art on and the light of from the vast translucent surface is not optimal for displaying art. In order to achieve a more conventional exhibition space, the large open volume has been built in, resulting in a huge, empty and unused space. 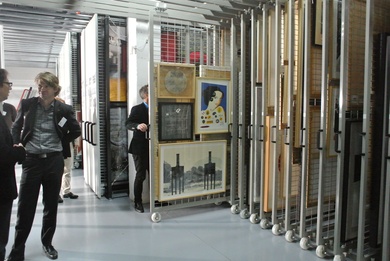 Summertime is the museum’s rooftop terrace is a popular place. Here, concerts, art events, lectures and talks are held. With the Spanish state railway company as a sponsor, free train trips from the Madrid center featuring on board concerts have been arranged for the evening programs. Every Sunday, year round, there is a film program with subsequent discussion and on Fridays the focus is on activities for teenagers.
– It has become routine, visitors know that something happens at certain times every week.
In its mission statement defines CA2M Mostoles as a prerequisite for the activities it conducts. Among other things, it means the opportunity to question the “complexity of the definition of cities and their role in modern culture.”
– A museum is what it does, and how it is done. We usually ask us: if we disappeared tomorrow, what would happen then? 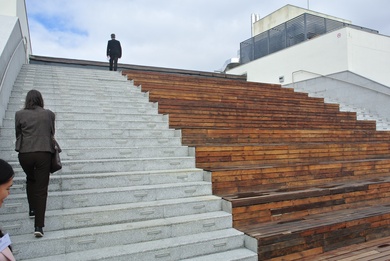 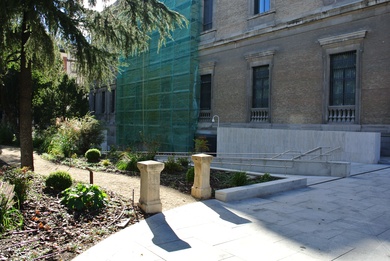 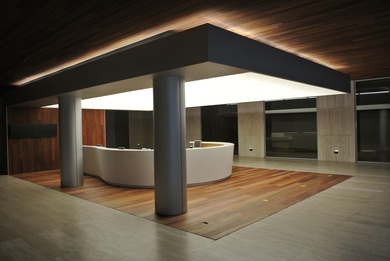 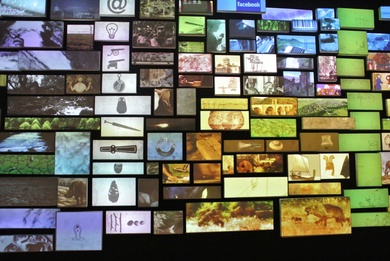 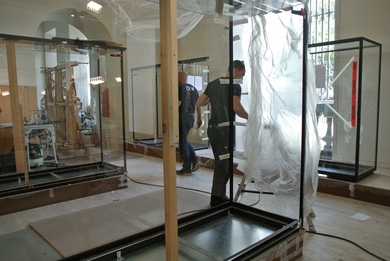 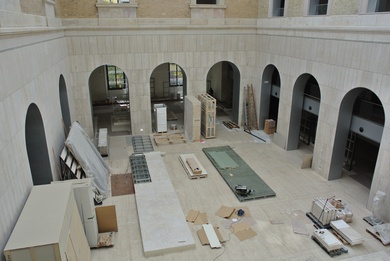 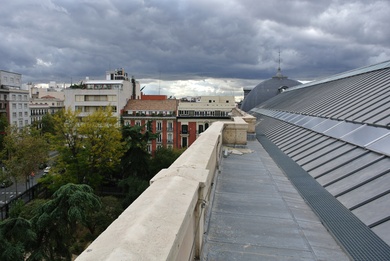