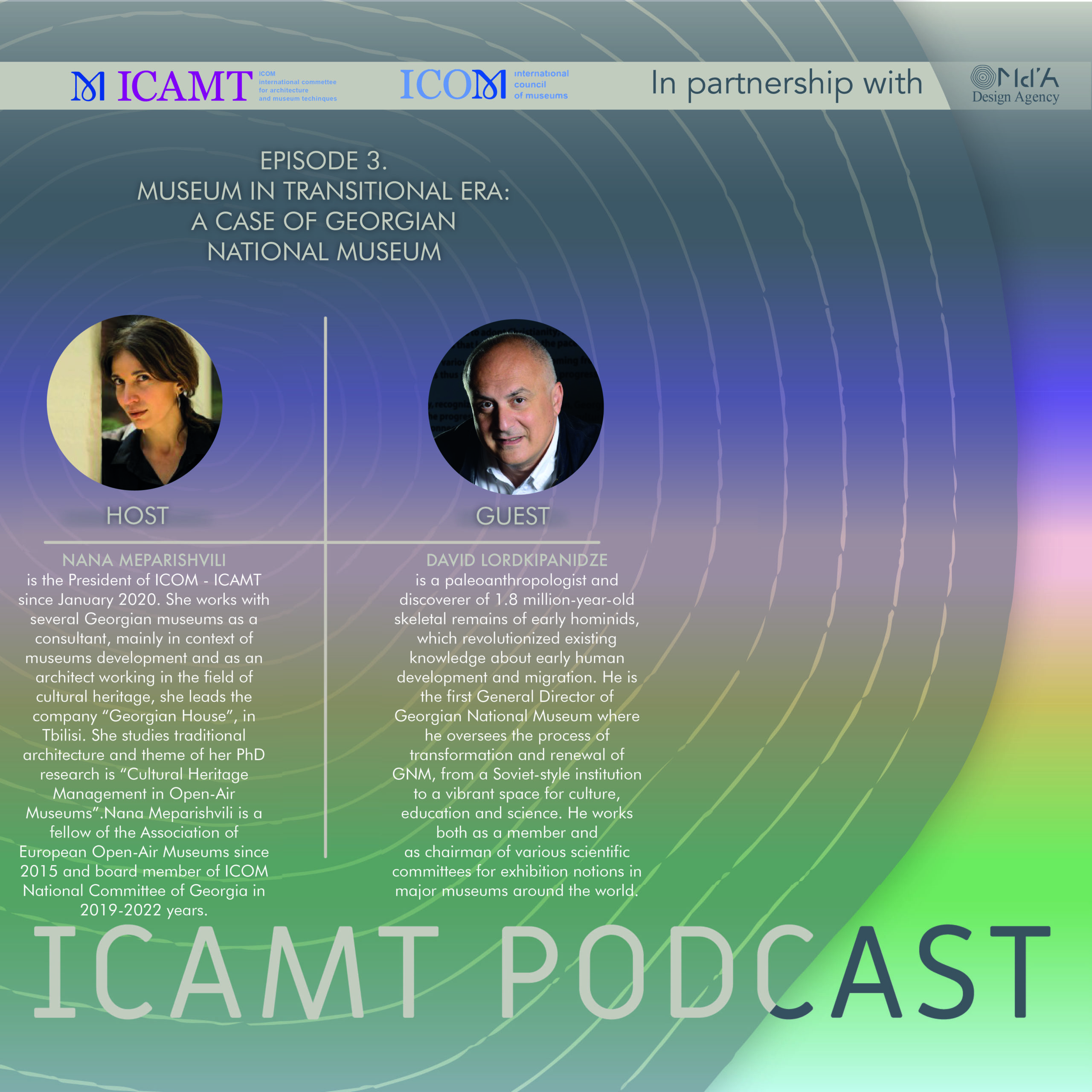 Prof. David Lordkipanidze is the first General Director of the Georgian National Museum that unifies major museums of the country and research institutions. Under his leadership (since 2015) the Museum is gradually transforming from a Soviet-type institution into a vibrant space for culture, education and science. Eight Museums have already been renovated and two of them – Svaneti Museum of History and Ethnography (in 2016) and Bolnisi Museum (in 2022) were nominated for the European Museum of the Year Award (EMYA). Prof. Lordkipanidze’s professional activities are connected with Dmanisi, the world famous archaeological site. He has authored over 120 scientific articles published in widely respected and well-known scientific journals such as Nature, Science Magazine, Proceedings of National Academy of Sciences of USA, Journal of Human Evolution and more. Among the awards and memberships received by Prof. Lordkipanidze for his groundbreaking discoveries and leadership are few to mention that he is a Member of the Georgian National Academy of Sciences; Member of the Academy of Europe (Academia Europaea); foreign associate member of the US National Academy of Sciences.

Nana Meparishvili is the President of ICOM – ICAMT since January 2020. She works with several Georgian museums as a consultant, mainly in context of museums development. As an architect, working in the field of cultural heritage, Nana Meparishvili leads the company “Georgian House”, in Tbilisi, Georgia. She studies traditional architecture and theme of her PhD research is “Cultural Heritage Management in Open-Air Museums”. Nana Meparishvili developed the first educational course about architecture of Georgian traditional dwelling, first implemented in the Faculty of Architecture of Georgian Technical University in 2004. Nowadays, she continues to lead the same course for undergraduate students at two Georgian universities. She also prepares a new educational course, “Museum planning, architecture and museum techniques”, for Tbilisi Academy of Fine Arts. Nana Meparishvili is a fellow of the Association of European Open-Air Museums (AEOM), since 2015 and board member of ICOM National Committee of Georgia in 2019-2022 years.

Listen us on channels: