Norwegian Narratives: Report from the ICAMT conference in Trondheim 8-10 October 2015 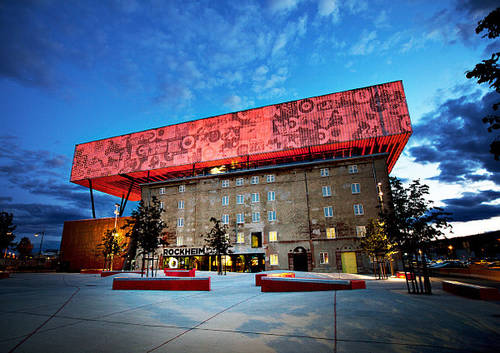 Aquavit in the light of a cellphone screen

Trondheim shows itself from its most attractive side as the bus from the airport throws me off next to the city´s biggest attraction – the Nidaros Cathedral. In the late Wednesday evening, both towers are lit up by an Aurora borealis winding its way across the sky.

This year, ICAMT decided to arrange its annual conference in Norway’s third largest city, boasting two national museums: Rockheim, a remarkable, technology oriented museum on popular music and Ringve, a mixture of music museum and personal museum in the former home of music afficionado and businessman, Christian Anker Bachke. We will come back to that one later. The host of our conference however, is MiST, the umbrella organisation for a number of municipal museums, including the Sverresborg open air museum and the small but beautiful Maritime museum.

The conference commenced at the Rockheim where, among others, the Norwegian architectural firm Snøhetta presented their work. The architects – nowadays enjoying something close to rock star status – has a number of museum buildings both in and outside Norway to their name. Not so impressive in terms of scale, but certainly in terms of idea and concept, is their project “A house to die in”, a private villa for the artist Bjarne Melgaard. The building is more to be likened to a sculpture and certainly moves the boundaries of what a house could and should be. If it ever gets built – the potential neighbors have assembled a massive resistance against having this amorphous structure in their view.

Technology? Actually, I was never able to count the number of screens in the galleries of Rockheim. But they are all over the place and put to use in various creative ways. On top of that, at the time of our visit they had all been replaced into new ones (the museum opened in 2006), rendering a shiny technicolor glimmer to all the installations. All technology worked impeccably. The museum’s likeness with the ABBA-museum in Stockholm is obvious: a lot to experience, but minimal context. The quality of Rockheim still brings it to a completely different level. In its galleries, you may practice guitar solos under the guidance of a suitably long-haired, albeit digital, heavy metal hero, go on tour with a panoramic view through the bus windows and experience the rehearsal space of black metal band Mayhem, complete with empty beer cans – and yes, the stuff is genuine. 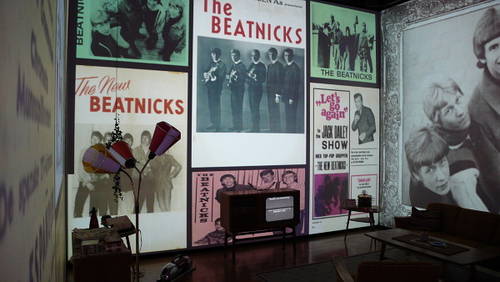 Rockheim is housed in an old warehouse with a spectacular extension in the form ofa square box, featuring a facade where album covers classics from the history Norwegian popular music are milled out of aluminum sheets. At night it is all lit up through coloured LEDs. Everything is controlled by an iPhone app, to which unfortunately only two people have access, the museum director and the technical manager. An architectural landmark with some potential is the Dora Cultural Bunker – a submarine bunker built by the German occupying forces during World War II. From here, many of the feared German submarines were sent out for their raids on the Atlantic Ocean. A second bunker, Dora II, was not completed at the time of Germany’s surrender. The general opinion after the war was that both the bunkers should be demolished – not all that easy given that the concrete is three meters thick and every cubic meter of it contains 50 kilogrammes of rebar.

Following a few awkward demolition attempts, the bunker was left to its fate. In 1960 it was sold by the city of Trondheim to a private company. Whatever metal scrap left behind by the Germans was sold as scrap. In the 1970s, an extra floor was added to the bunker, which is today used as an archive and a store room facility for several of the city’s museums – hence the word “Culture”. The day ended in a perfect manner – with a toast of Løitens ”line aquavit” in the onboard the museum ship D/S Hanseen – a sail fitted steamer formerly used as a royal yacht as well as for research purposes. A living heritage, kept steaming thanks to the Maritime Museum of Trondheim. A great ending of the first day – not the least since we were not able to find the light switch, whereby we had to toast for ICAMT and this year’s conference in the faint light of a few mobile phone screens.

«Museums, politics and politicians… Nation-building, regional development and the National Museum Reform in Norway, as seen from a region in Mid-Norway»
Knut Wik

«The polar star, the new docks and the future Trondheim»
Professor Svein Carstens 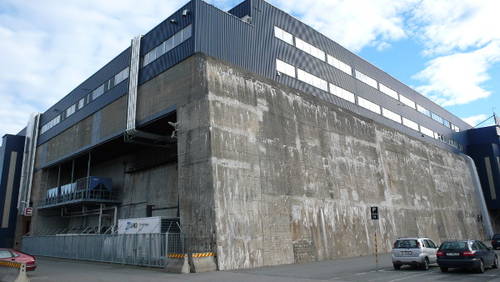 Day two of the conference began at Sverresborg Trøndelag Folk Museum – an open air museum. The name of the museum area is derived from a high cliff where the medieval ruins of King Sverre’s castle can still be seen. In later history, it was used as a lookout point by the Germans during the war. My personal favorite, however, was the recently opened hat museum shop in the ”old Trondheim”-part of the museum – where you may purchase a headdress in classic cut.

The evening was spent at Ringve Music Museum – originally a farm, and the homestead of Christian Anker Bachke who – together with his wife Victoria Rustin Bachke – built up an extensive collection of music instruments. Following his death Viktoria continued her collecting alone. Nowadays, Ringve is a state museum om music and instruments. Adjacent to the original farm buildings there is a new wing in contemporary style featuring temporary exhibits and archives.

A criterion for becoming an employee at the museum is the ability to play at least one instrument. Our guided tour was accompagnied by Bach, Grieg, Chopin and others, performed on clavichord as well as on more modern keyboard instruments – music history in practice.

As late as in August the museum suffered a fire that hit several of the historical environments in the museum – a number of instruments were also injured. Museum Director Ivar Roger Hansen narrated poignantly about the incident and, not least, the way forward for the museum after a disaster of the kind museum directors fear most of all.

The second day was ended with an absolutely excellent conference dinner on the premises of Ringe Museum.

The third day began with a number of quick visits to some smaller museums in Trondheim, the Norwegian museum of the deaf, Stiftsgården (Trondheim royal residences) and a small exhibition featuring Norway´s royal regalia. The visits were followed by a bus tour to the World Heritage town Røros, a mining community where about 4000 people are still permanently settled. The conference ended with a final round of aquavit in the sunset on a cliff overlooking the fjord and the city.